Well, 2017 is certainly starting off on the right note!

First day back in the office since the New Year’s holiday, and before even arriving I received an email from an old acquaintance congratulating me for being named one of Forbes Magazine’s “Standout” members on its influential “30 Under 30” list.

I’m not going to claim it was a total surprise, since I flew out to New York city last month for a photo session and video interview, but I’ve also learned in my professional life that no deal is complete until you’ve got it signed on the dotted line and no media coverage is guaranteed until you see it on the page (or screen).

Even then, there were 30 talented people honored in the Marketing and Advertising category, and I had no idea I would be named #1 and part of Forbes elite “Standout” list–I had hopes, but no clue.

But now that it’s here, and real, I’m proud to share it with you and thank Forbes for the great honor. It’s beyond flattering and humbling to be classified as a “young innovator redefining marketing and advertising.”

I also have to fully acknowledge that there is no way I would have won the recognition without the great team we assembled at Wrapify–my co-founder and brilliant technology talent Tim Flack and our great sales force led by savvy out-of-home veteran Scott Elliott. All of the hard working people who make sure cars get wrapped and on the road in time, and manage the books and drivers. And all our contracted drivers, who are Wrapify’s backbone.

Finally, of course, Wrapify’s clients. I want to thank our clients–too many to list here, for fear of leaving somebody worthy off the list–for a great 2016. It was a year that proved Wrapify is a viable advertising platform, one that will thrive as part of a smart marketer’s ad budget, As Victor Hugo wrote: “There is nothing more powerful than an idea whose time has come.”

So what can you expect from Wrapify in 2017? While nothing can ever be guaranteed, this is what we’ve got on our radar to make this year even better for brands and drivers than 2016.

2016 was a great year for Wrapify, but we have no plans to sit on our laurels and success. Doing well and proving the power of our idea has only made me more enthused to improve our product, service and satisfy our clients, and hire the best people.

It’s been a thrilling journey so far, but this is just the beginning of Wrapify’s success story. I appreciate all of you who’ve ridden with us so far, and there’s still lots of room for anyone who still wants to climb aboard.

Best wishes for a wonderful and successful 2017 to all of you!

Raise your hand 🙋🏼‍♀️ if you've had a moment in 2020 where you are proud of being resilient, persistent, and staying focused in tough moments ... surely most people are feeling this one?

In a year where people and businesses alike continue...

View on Facebook
WrapifyWednesday, November 25th, 2020 at 5:01pm
Raise your hand 🙋🏼‍♀️ if you've had a moment in 2020 where you are proud of being resilient, persistent, and staying focused in tough moments ... surely most people are feeling this one? In a year where people... https://t.co/KxStsatIyw https://t.co/1DNDC4zvA7 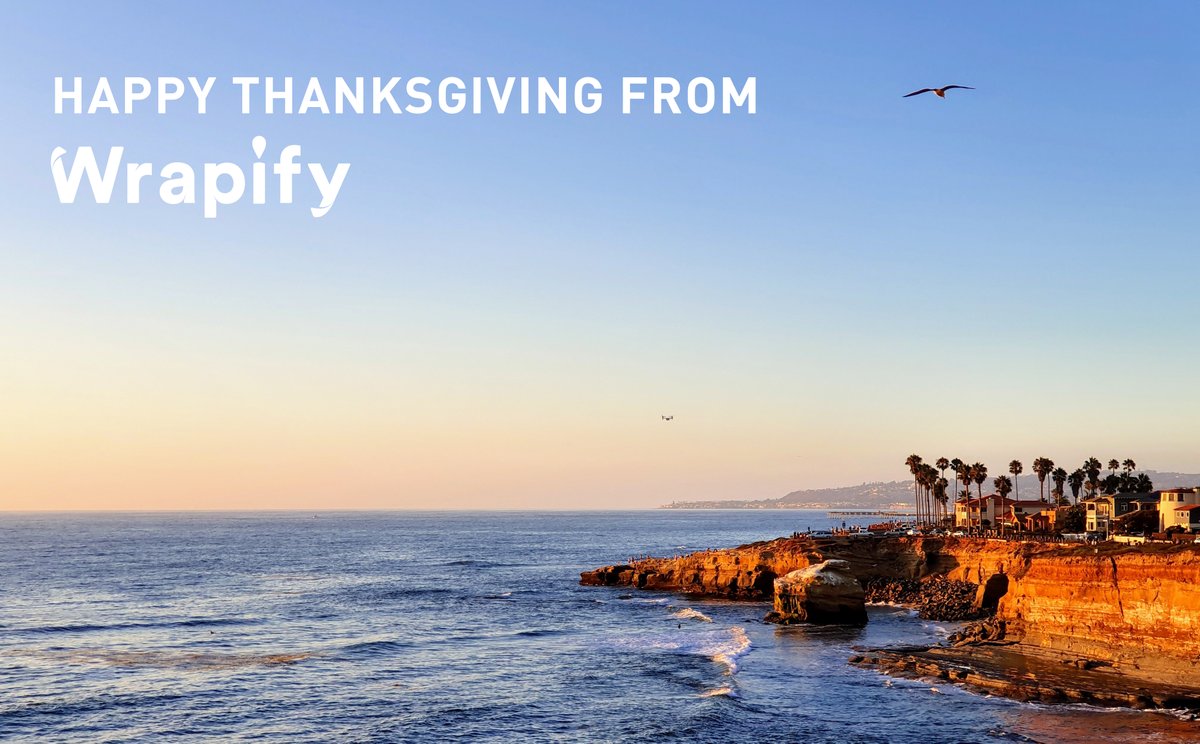